Rhodes – Old Town: The different beauty of the island of the Knights

Rhodes – Old Town: The different beauty of the island of the Knights

Rhodes – Old Town. Many of us, for many years, did not even want to….
we hear her name, for a number of years, entire decades one could say,

Rhodes was identified with mass tourism and with the five-day holidays
where all the high schools of Attica took their repressed students!

But what is the island of the Knights like?
The answer is a visit to the beautiful Old Town during the winter season.

Rhodes – Old Town: A story that has everything

Let us tell you before we start our tour focusing on the
Old Town that Rhodes is the fourth largest island of Greece and the historical capital of the Dodecanese.

In ancient times it was known as the city of the Colossus of Rhodes,
which statue was one of the Seven Wonders of the Ancient World.

The Knights of the Order of Saint John, the Ottomans, and the Italian conquerors
left their indelible mark on this island where the glorious history
is felt from the very first minute the visitor arrives here. 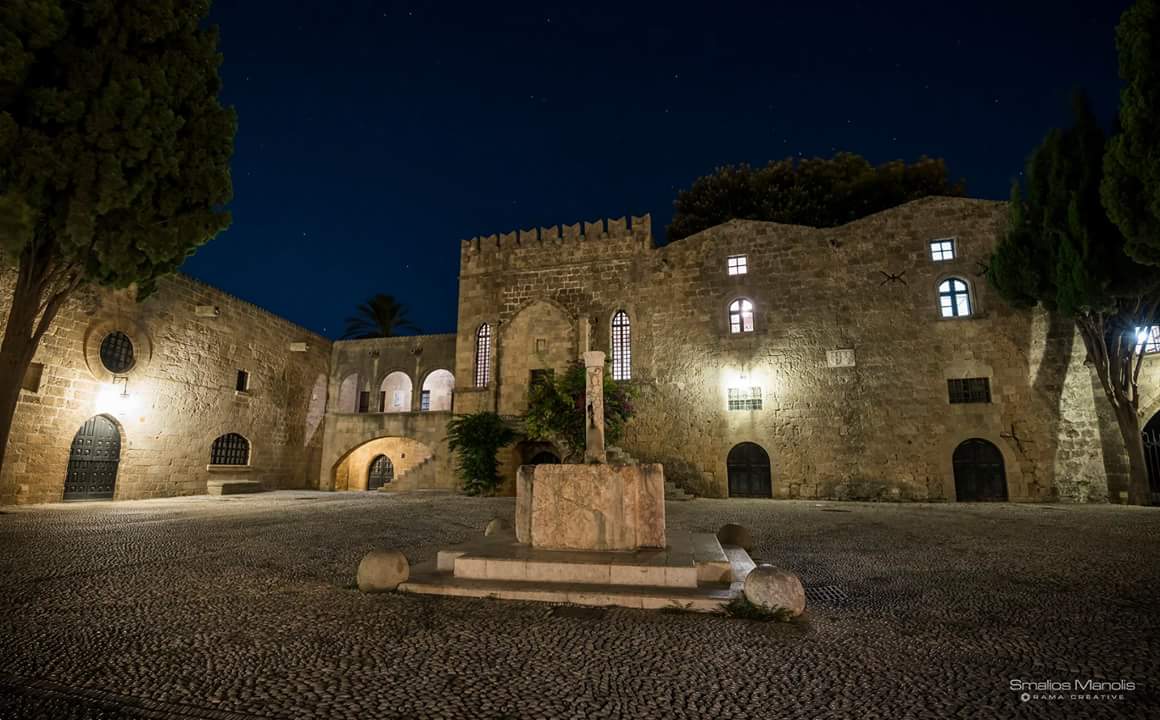 Fairytale, medieval, and stone-built, it constantly gives the feeling
that a knight in armor will appear around the next corner.

The Old Town was built by the Knights of the Order of Saint John who arrived
in Rhodes in the 13th century.

Now, the impressive Castle of the Knights of Agios Ioannis,
or Knights of Rhodes is located on the northwest side of the medieval settlement.

As you might imagine, the Old Town has been declared a UNESCO World Heritage Site.
Walking through its labyrinthine interior with pebbled cobblestones

(where you will probably lose your destination since urban planning
is practically non-existent) you will find one of the seven
entrances-exits of the city, leading to the Fountain Square.

At some point, the wandering will bring you to the Street of the Knights,
which is built on a street in the ancient city.

This street was once the central artery of the settlement.

It is 6 meters wide and is the one where you will find most of the medieval buildings. 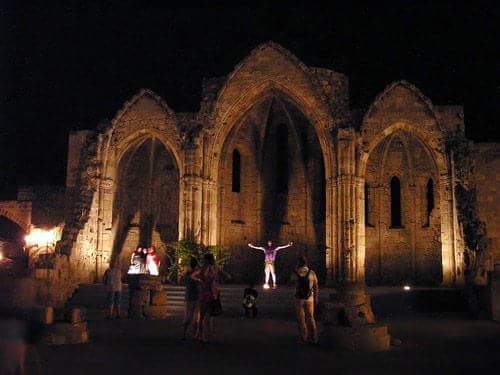 In 1522 the city of Rhodes fell into the hands of the Turks.

Then, the use of medieval buildings changed to a great extent.

The Palace of the Grand Master was used as a prison,
the Hospital of the Knights was turned into a barracks,
and at the same time, mosques with impressive minarets and baths were built.

The Rhodians lost their homes within the walls.

Those who worked inside the castle had to leave it at sunset.

In 1912 a new chapter begins for the city, that of the Italian occupation
(until 1948), and the city began to be reborn from its ashes.

It is noted that the best option for winter accommodation in Rhodes
is in the well-kept guesthouses in the Old Town.

After all, in the evenings, the castle is an amazing setting
to have a drink or a meal here. After all, the “menu”
has everything and many options: from bars, taverns,

and restaurants to mainstream nightclubs.

Rhodes – Old Town: Stops not to be missed inside and outside

An excellent idea for your tour is either in the Old Town, in the New Town,
or anywhere in Rhodes, you want to go, is to contact the
Association of Certified Guides of the Dodecanese in Rhodes,
one of the oldest (started in 1961) and organized in Hellas.

The options for a guided tour through ready-made programs are many,
but you can also make a personalized one, cut and sewn to your measurements
(depending on the time and money you have at your disposal).

Do not miss a visit to the synagogue of Rhodes.

Kahal “Shalom” is the oldest functioning Jewish synagogue in Greece and the
only remaining synagogue on the island of Rhodes that is still used for services.

At one time, there were six synagogues and prayer halls in the Jewish quarter.

It is located on Simmiou and Dosiadou Street and is believed to have been built in the year 1577.

It is used for services on Friday evenings, on major holidays, and on special occasions,
when visitors or old Rhodesians with their families come to the island.

Another must visit is a walk to the ancient citadel, Monte Smith Hill.

At the top of this hill dominate the ruins of the ancient acropolis of Rhodes,
while on its southern side the remains of important antiquities are preserved,
all within a beautiful and verdant archaeological park.

Within the park is also the Stadium,
which is also known as the Stadium of Diagoras, a work
of the Hellenistic period of the 3rd or 2nd century. BC..

Here, the athletic games of Alia, the great celebration
of the ancient Rhodians in honor of the Sun god, were held. Guide for One Day Trip to Lindos

Lindos is a village of Cycladic architecture located on the island of Rhodes.

Although the number of local residents is very small, tourists from various parts

of the world flock here during the summer, impressed by the scenery, from one of

the whitewashed sugar cube-shaped houses, known as “captain’s houses” and from the

another of the pristine turquoise sea bay.

built between the 13th and 16th centuries, it hosts many tourist accommodations due

to the special beauty that this place offers.

Legend has it that Lindos was founded by one of the god sons of Zeus, and dates

back historically to 1000 BC, when it was founded by the Dorians. The architecture

of the village combined with the natural beauty of the surrounding area, make this

place a busy tourist center, especially during the summer months. 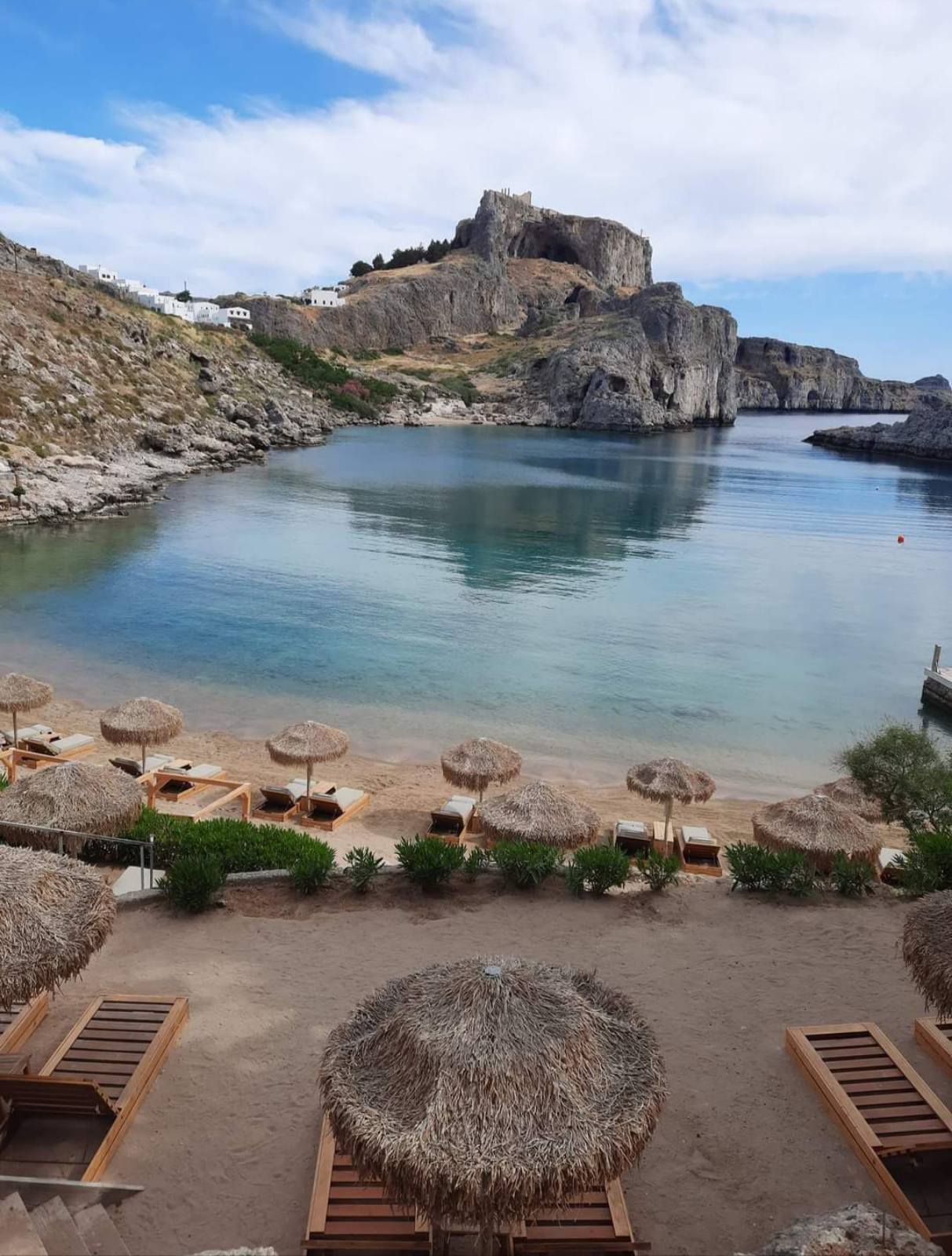 A unique example of architecture in Rhodes

The traditional town of Lindos is a unique example of folk architecture. Lindos has

been a crossroads of cultures, with medieval, Byzantine and Arabic styles combining

to create the distinctive architecture of its houses.

The Acropolis of Lindos is an archaeological site built on a 116 m high cliff,

dominating the traditional settlement of Lindos in Rhodes.

It bears witness to the rich history of Rhodes

As Lindos has been continuously inhabited over the centuries, this area has a rich

history and has revealed archaeological findings from the Archaic era and later, as

well as building activity that goes back to the age of Chivalry (14th-16th centuries).

We use cookies on our website to give you the most relevant experience by remembering your preferences and repeat visits. By clicking “Accept All”, you consent to the use of ALL the cookies. However, you may visit "Cookie Settings" to provide a controlled consent.
Cookie SettingsAccept All
Manage consent

This website uses cookies to improve your experience while you navigate through the website. Out of these, the cookies that are categorized as necessary are stored on your browser as they are essential for the working of basic functionalities of the website. We also use third-party cookies that help us analyze and understand how you use this website. These cookies will be stored in your browser only with your consent. You also have the option to opt-out of these cookies. But opting out of some of these cookies may affect your browsing experience.
Necessary Always Enabled
Necessary cookies are absolutely essential for the website to function properly. These cookies ensure basic functionalities and security features of the website, anonymously.
Functional
Functional cookies help to perform certain functionalities like sharing the content of the website on social media platforms, collect feedbacks, and other third-party features.
Performance
Performance cookies are used to understand and analyze the key performance indexes of the website which helps in delivering a better user experience for the visitors.
Analytics
Analytical cookies are used to understand how visitors interact with the website. These cookies help provide information on metrics the number of visitors, bounce rate, traffic source, etc.
Advertisement
Advertisement cookies are used to provide visitors with relevant ads and marketing campaigns. These cookies track visitors across websites and collect information to provide customized ads.
Others
Other uncategorized cookies are those that are being analyzed and have not been classified into a category as yet.
SAVE & ACCEPT
Call us!